Phetchabun The land of mist that fills with freshness and coldness. The city is filled with many memorable attractions. There are some places to follow. Khao Kho
Can be considered as a wonderland of relaxation. For Khao Kho District One of the attractions that attract people every season. For the name of Khao Kho, it was originally from this area. Which is a large number of palm trees And in addition to the cool weather, there are also many interesting attractions, such as the Chinese Hor Monument. Volunteer Monument from the 93rd Brigade Combat Unit, which helped to fight in the area of ​​Khao Kho and died in the battle, a beautiful viewpoint base Which in the past was a strategic base Currently, it is a weapon museum. Exhibited artillery, tank carcasses and weapons used to fight on Khao Kho, a sacrificial monument inscribed with the names of those killed in the war Phu Tubberk
When mentioning the name of Phu Thap Boek Many people have to think of mountain views, cabbage fields. Which is a large cultivation area of the Hmong hill tribe people And with the location on the highest point of Phetchabun Province Making it suitable for tourism Because it has cool weather all year round Can sleep in a tent to watch the stars at night
In addition, there are other interesting places such as Phetchabun Research Station. Kasetsart University Winter Planting Demonstration Source And Wat Pa Phu Thap Boek Which has Phra Maha Chedi Phipakkikhithi, Chedi Phet 37, packed with the Lord Buddha's relics And Phra Arhat element
for tourists to worship And another important highlight is during December - January There will be a pink queen tiger flower in full bloom over the mountains. To get beautiful pictures Phra That Pha Hid Kaew Temple
Located on a hill in the Red Village, Camp Son Subdistrict was established in 2004 as a teaching center for the development of mindfulness and meditation. There are mountains that are high, large, stacked together, surrounded by mountains, meditation areas. And on the towering peak, there is a cave on the top of the hill With many red villagers seeing the crystal ball floating over the sky And the secret disappeared into the cave on the cliff top The villagers believe that it is the Buddha's relics. And are considered sacred places Is sacred and is called "hidden glass" Si Thep Historical Park
Important historical sites over 1,000 years old, an ancient city with a moat and surrounding land. The total area is approximately 2,899 rai, divided into 2 parts, namely, the city, in the upper area of 1,300 rai, has a nearly round shape. The diameter is about 1.5 kilometers. There are 6 entrances and exits. The interior area is flat, wave wave with ponds, swamps, scattered everywhere. Found more than 70 ruins, some of which have been excavated. And the outer city on the area of 1,589 rai is rectangular with the city in the size of 2 times that of the city. There are 6 entrances, with pools scattered everywhere. Pha Daeng Wildlife Sanctuary
Pha Daeng Wildlife Sanctuary "in Lom Sak District Another interesting place to visit that many people may not know much. But here, hiding a beautiful viewpoint that is "Red Cliff" is characterized by a ridge that stretches out into the air. And when standing near the ridge of the cliff, you will be able to see the beautiful scenery of the leaves changing in the red forest area. As well as being able to romanticly watch the sunset in the evening as well There is also a camping area. (But having to prepare supplies themselves) allows tourists to stay overnight to experience nature as well. 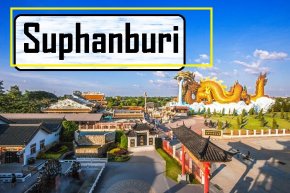 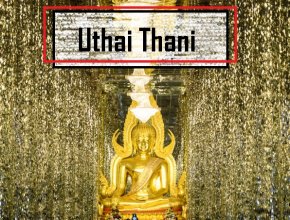 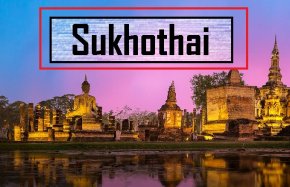 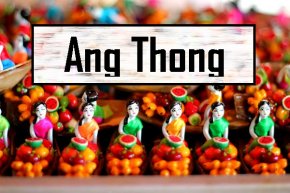