Take to experience the lovely charm of Uttaradit Province Provinces that many people may overlook But if you try to visit Uttaradit once, you will be sure "Nam Lek Sweet Langsad City Phraya Phichai House, Broken Sword The great place of the world "Uttaradit's motto Although Uttaradit may not be a destination in mind when visiting the north But if you have tried it once You must love the charm, simplicity and friendliness of the people here. Pier house
Lakeside village Is a port for handling fish At the same time, there is a raft for tourists who want to raft, visit the reservoir and lake above Sirikit Dam. Tourists can rafting amidst the lofty lake. Experience the way of life of the villagers And watching the sunset The orange beam of the evening sun hits the water in the lake. Suddenly causing the water in the lake to look orange all over the water There is also a night or night-time accommodation. With delicious food to serve tourists Sirikit's name
Is the largest earthen dam in Thailand, formerly known as "Pha Phad Dam". Later, it was granted royal permission to invite the royal name. Queen Sirikit The Queen Sirikit Dam, known as "Sirikit Dam", is a large lake called "Sirikit Dam". "Suriyan Lake Chandra" is an area with very beautiful scenery. Especially in the winter This place is full of flowering plants that bloom together. There is also a bicycle rental service. Rent a boat to surf the lake over the dam. And houses for tourists Luang Pho Taket, Wat Ban Kaeng Tai
Located in Moo 3, Ban Kaeng Subdistrict, Tron District, there is no clear evidence that it was built in any time. Which the outstandingness of this temple is on the principal Buddha image "Luang Pho Petch" or many villagers called "Luang Pho Takut" because the original Buddha image made of laterite decays The temple and the villagers therefore agreed to create 1 Buddha image by creating the same body because there was no new building. Later, the mechanic from Phichit province, who restored the temple, found a crack in the chest area. Making the original face and head of the Buddha image visible inside Until becoming a famous temple that is very famous today Luang Pho Phet, Tha Than Temple
"Tha Than Temple", formerly known as Wang Tao Pot Temple Is enshrined at Luang Pho Phet Told that in 1893, Luang Pho Duang traveled through an abandoned temple And found the wrong size with the larger anthill So he took the wood, knocked the tip of the top of the anthill until the soil fell out. And found a large Buddha image buried in that anthill Luang Pho Duang and the students therefore brought that Buddha image to Wat Nong Mai. Later, the public frequented a large number of Buddha images. And saw that the place might be too narrow Therefore saw that this Buddha image should be invited to be enshrined at Wang Tao pot temple (Tha Than Wat Temple at present) Wat Yai Tha Sao Located within the Tha Sao community. The old community of Uttaradit Province In the temple there are many interesting historical sites. Both the temple hall, the Buddhist temple, the temple, the bell tower and the library (Dharma scripture). There are also a few large trees. Both flowers and ornamental plants make it look more shady as well. Another important part of the temple Is a large palm tree and a tree-lined tributary beside the temple hall And there is a courtyard for Buddhists to perform various religious activities. During the Buddhist Lent and the Buddhist Lent, there will be Buddhists coming to make merit every day. Thammathirat Temple, formerly known as "Temple of the tamarind tree" and because of the water erosion from the water bank From the new location of the temple, there are many shady trees. Especially the large tamarind tree in the temple area Therefore named "The Temple of the Tamarind" This temple holds the door of the large temple of Phra Fang Temple. The door is made of wood Carved in the Ayutthaya period, Kanok Rodkhand pattern Between the bushes, there are two leaves of flora It is said that the second door is a beautiful carved wooden door, followed by the temple gate, Wat Suthat in Bangkok. 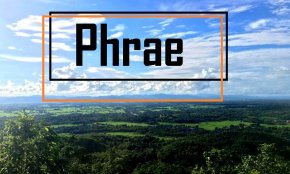 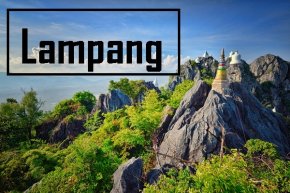 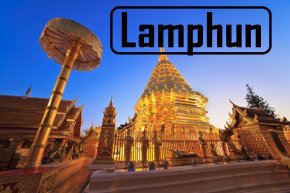