Out in far eastern Thailand, not all that far from the Cambodian border, Koh Chang is the country’s second-largest island after Phuket in the south. While almost all of the island’s development is on its western side (the east remains largely untouched), Koh Chang – part of the Mu Koh Chang National Park, but not requiring payment of national park admission fees for the parts of the island most visitors will spend time in – is big enough that it manages to combine an undoubtedly busy, touristy and fairly brash, almost seedy scene in some parts with a more sedate, less tainted and altogether more pleasant vibe elsewhere.
Koh Chang boasts some undeniably stunning beaches – among the prettiest Khlong Phrao, Had Sai Kao (White Beach), and Had Tha Nam (Lonely Beach) – and a significant expat population means you’ll find just about any kind of food and drink you might be craving. Accommodation options range from bargain bungalows to high-end resorts, while it’s easy to get here from Bangkok’s eastern bus terminal by bus or minivan (around five hours), or by way of a short but fairly pricey Bangkok Airways flight from Suvarnabhumi airport to Trat, followed by a short hop by ferry. Koh Kood
All but unheard of to most visitors to Thailand, in this writer’s view Koh Kood – a surprisingly sizeable island in the same archipelago as Koh Chang (see above), yet comprising the district with the smallest population in the whole of Thailand – is among the country’s most stunning islands, if not the most spectacular of all.
Long shielded from the effects of mass tourism by a focus on catering to package holidaymakers rather than independent travellers, in recent years Koh Kood has become much easier for the rest of us to visit with ease. While it still remains slightly more expensive than both its neighbours and fellow islands elsewhere in Thailand, it’s still possible to find a good deal here, and this is one island that should be on your itinerary (but, along with Koh Chang, avoid the May-to-October wet season, which hits this coast particularly badly).
Don’t expect raucous entertainment, or even much in the way of restaurants or bars outside the good number of hotels, guest houses and resorts that are dotted across the island. (You won’t find a single branch of 7/11, either – although there is an ATM.) Instead, Koh Kood is suited to couples looking for a romantic getaway, and families with young children in the business of spending time with each other and relaxing on the sand.

But what this island does offer, alongside a couple of attractive waterfalls and an enrichingly laid-back vibe, is mile upon mile of simply breathtakingly beautiful beaches (among the most noteworthy are Had Taphao/Had Nam Leuk, Ao Ta Khian, and Ao Noi), waking up to the sight of which will have you pinching yourself day after day. Reach Koh Kood by speedboat from mainland Trat or Koh Chang. 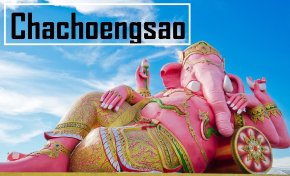 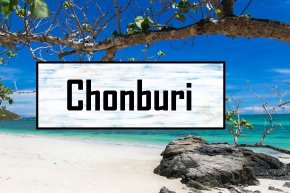 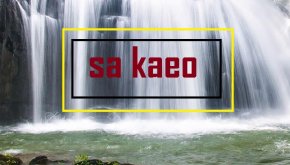